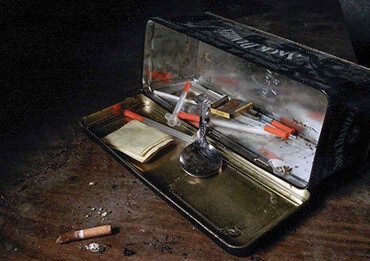 If you are facing drug charges in Philadelphia, you need to hire a Philadelphia drug attorney.

Drug crimes typically fall into the categories of simple possession, possession with intent to distribute, distribution, trafficking, and manufacturing. Possession of drug paraphernalia is also a crime.

Possession is the state’s most common drug crime. Statistics show there were 41,114 possession-related arrests in 2016.

If you’ve been charged with drug crimes, contact the Rooney Philly Lawyer for a personalized consultation.

What Pennsylvania Law Says About Drugs

Pennsylvania’s drug crime laws are covered under Pennsylvania Code Title 35. Based on the Controlled Substance, Drug, Device and Cosmetic Act, it is illegal to intentionally or knowingly possess drugs without a prescription. Drug possession is usually a misdemeanor charge.

The state’s drug crime laws also prohibit manufacturing or delivering drugs, as well as possessing drugs with the intent to deliver them without a license. Drug trafficking or distribution is a felony charge, even for first-time offenders.

Pennsylvania Drug Schedule Classifications
As your Philadelphia criminal defense lawyer will explain, there are five drug schedules under Pennsylvania law.

If you’re facing any of these types of drug charges, schedule a personalized consultation with a drug defense lawyer now.

Criminal Penalties Can Be State Or Federal

Anyone arrested for a drug crime can have it charged as either a state or federal offense. The simplest way to end up facing federal charges is to get arrested by a federal officer or on federal property.

Some people also get charged with a federal crime because someone gave the federal authorities information about them. Other times, state and federal prosecutors agree among themselves that an individual should be charged at the federal level.

One of the key differences between state and federal crimes is the severity of the penalties. Simple possession of less than 30 grams of marijuana is usually punished by up to 30 days in prison and/or up to $500 in fines. However, first offense felony drug charges for marijuana carry a penalty of not less than ten years in prison and a fine of up to $4 million.

The type and amount of drug in question determines whether the person is charged under state or federal law, as well as the severity of the penalties.

Steps To Take If You Have Been Charged

If you have been charged with drug trafficking, distribution, or other drug charges, you need to hire a drug attorney immediately. Don’t discuss your case with the police or prosecutor without an attorney present. Your lawyer will need to know all the circumstances surrounding your arrest, so you need to pay attention to what happens. If the police didn’t have grounds for pulling you over or searching you, your case may be dismissed.

Even if the charges are justified, an experienced Philadelphia trial attorney can still help you. They can use their knowledge of the court system to get the best possible outcome. A lawyer specializing in drug charges may even be able to get you enrolled in the Pennsylvania Section 17 Drug Diversion Program so you avoid jail time