Home » I've Just Been Arrested On Charges Related To Domestic Violence In Pennsylvania. What Exactly Could I Be Charged With?

I’ve Just Been Arrested On Charges Related To Domestic Violence In Pennsylvania. What Exactly Could I Be Charged With? 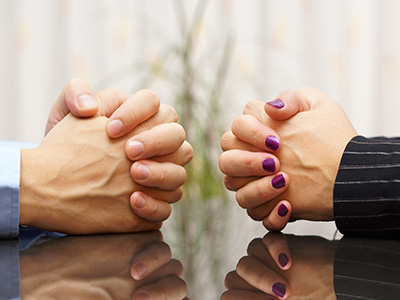 Does An Alleged Physical Altercation Have To Take Place In Order For An Arrest To Be Made? Or, Is The Threat Of Violence Enough For A Domestic Violence Related Arrest?

The threat of violence is enough to be arrested and charged with a domestic violence offense. There doesn’t actually have to be any physical engagement. The threat of violence communicated to another person, could result in an arrest for the crime of Terroristic Threats (18 Pa. Code § 2706). A person commits the crime of terroristic threats if the person communicates, either directly or indirectly, a threat to:

The offense of Terroristic Threats is misdemeanor of the first degree unless the threat causes the occupants of the building, place of assembly or facility of public transportation to be diverted from their normal or customary operations, in which case the offense constitutes a felony of the third degree.

How Does Law Enforcement Determine Who Is The Aggressor When They Arrive At The Scene? What If Both Parties Were Engaged In An Altercation?

In Pennsylvania, when two or more parties are involved in an altercation, all parties can be charged with simple assault, for entering into a mutual fight (18 Pa.C.S. 2701(b)(1).). However, very frequently, only one party will be charged. Oftentimes, law enforcement starts their investigation by interviewing the complaining witness, i.e., the person(s) who called the police and alleged that he/she was a victim of a crime. Sometimes, they’ll also try to interview the accused, and get his/her side of the story.
Call Now For A Personalized Consultation (215) 795-5940After interviewing, or attempting to interview, the parties involved an altercation, law enforcement will look to identify independent evidence such as eyewitnesses, ear witnesses, surveillance video, cellphone video and/or audio evidence. The police may also look at cell phone evidence, such as text messages, voice message and phone calls. These communications could reveal who the aggressor actually was.

Additionally, police will look to see if any of the parties have injuries, and determine how those injuries were caused. If one, or both parties, is injured, law enforcement will assess those injuries and compare the injuries to the stories being told by the accused and the accuser. If any parties involved in the alteration have received medical treatment, law enforcement might review that person’s medical records.

In sum, when investigating a physical altercation, law enforcement will look to gather as much independent evidence as possible to determine which party was the aggressor and what actually happened. While it is certainly preferential for there to be eyewitness, surveillance video, physical evidence and other independent evidence, often times this is not the case. All it takes to be charged with a crime is to be accused, and to have law enforcement believe the story being told. If you, a friend or a loved one is being accused of a crime you should not speak to law enforcement without first speaking with an attorney. Scheduling an initial strategy session with Rooney Philly Lawyer is your next best step. Get the information and legal answers you are seeking by calling (215) 795-5940, today.

Is An Order Of Protection Or Restraining Order Automatically Put Into Place When Charges Related To Domestic Violence Are Filed?

If I Am Facing Domestic Violence Related Charges, Can I Still Be In Touch With My Children?

If The Alleged Victim Does Not Want To Press Charges Against Me In A Domestic Violence Case, Does That Mean My Case Will Just Go Away?

If the alleged victim does not want to press charges against you in a domestic violence case, it does not always mean that charges will be dropped. This could be the case in a situation where the police interview the accused, and he/she admits to engaging in the conduct that they he/she is accused of. This admission, in combination with the alleged victims’ visible injuries, that were witnessed by police, can be enough to prosecute without the cooperation of the alleged victim. Remember, “anything you say can and will be used against you…” You should never count on someone not showing up to court as your defense. If arrested for domestic violence, you should immediately consult with an attorney and discuss the specifics of your case. Scheduling an initial strategy session with Rooney Philly Lawyer is your next best step. Get the information and legal answers you are seeking by calling (215) 795-5940, today.

When A Case Is Pending, Should Someone Who Is Facing Domestic Violence Related Charges Seek Any Sort Of Counseling Or Anger Management? Does That Show Guilt To The Court Or Could It Help My Case?

Anger management counseling can certainly be helpful, especially when trying to negotiate a withdraw of charges, or favorable case outcome. By attending counseling, you’re taking some ownership of the accusations, and working to better yourself. This can go a long way with the prosecution and/or the court, and increase the chances of a positive outcome. Additionally, it may be helpful personally. Of course, it is best to have this discussion with your lawyer, because how helpful anger management may or may not be, is dependent on the specifics of your case.
Call Now For A Personalized Consultation (215) 795-5940

What Strategies Are Used To Defend Clients In Domestic Violence Related Cases? Is Self-Defense Ever A Viable Defense?

There are a number of different strategies that could be used in defense of domestic violence case, what is most appropriate depends on the specifics of the allegations. It is imperative to get the defendant’s side of the story and investigate the accusations. It is important to get the police reports, all police paperwork (discovery), identify potential witnesses, investigate the background of the alleged victim and identify any video footage pertaining to the incident. You should also gather any communications by and between the parties that can help establish who the aggressor was. It is crucial to gather all of this information as quickly as possible so a comprehensive and organized defense can be presented. As with other types of case involving accusations of assault, self defense can be established if you can show that you reasonably believed that the force you used was immediately necessary for the purpose of protecting yourself against the use of unlawful force by the other person, i.e. the complaining witness (See, 18 Pa.C.S 505).

For more information on Domestic Violence Cases an initial strategy session with Rooney Philly Lawyer is your next best step. Get the information and legal answers you are seeking by calling (215) 795-5940, today.