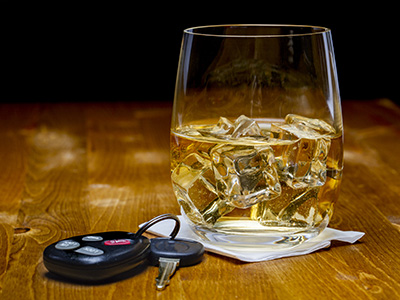 Do not hesitate to contact the Philadelphia Marijuana DUI lawyer John F. Rooney, V. to discuss your case. Mr. Rooney has been defending those accused of DUI and drug crimes in Delaware County and Philadelphia County for many years. Let him fight to protect your rights, reputation, and driving privileges.
Call Now For A Personalized Consultation (215) 795-5940

Penalties For Driving Under The Influence Of Marijuana In Pennsylvania

A DUI conviction, even a first offense, can disrupt your life now and in the future. Upon conviction, you will encounter severe fines, fees, increased insurance premiums and loss of your driver’s license. Therefore, you need the assistance of an experienced Marijuana DUI lawyer in Philadelphia who is able to handle your case.

If you were found with drugs in the car at the time of the DUI arrest you will face additional charges related to drug possession and possession of drug paraphernalia. The consequences for these charges can be substantially more severe than the DUI charges and can involve fines, fees, community service and even jail time.

Signs Of Driving Under The Influence Of Marijuana DUI

There are several signs that can indicate that you were possibly driving under the influence of marijuana. They are:

Pennsylvania Marijuana DUI defense is different than a conventional alcohol-induced DUI. Initially, it must be determined that the police officer had reason to pull you over. Once it is established that the police had sufficient reason to pull you over the focus of the defense may shift to how the marijuana was detected in your system. Typically a blood or urine test is used to determine the concentration of THC, a product of marijuana consumption, in your blood or urine. However, there can be flaws in a marijuana blood or urine test that can help your case in court. Flaws may be caused by the test accuracy, was the marijuana medically prescribed and how long had it been since you ingested it prior to driving. Mr. Rooney will use his in-depth knowledge of Pennsylvania DUI Law and Pennsylvania Marijuana Laws to establish a solid and strategic defense. Having your charges dropped or dismissed is his ultimate goal. If that cannot happen, a professional Marijuana DUI lawyer like John Rooney will do his best to have the charges lessened.
Call Now For A Personalized Consultation (215) 795-5940

In Pennsylvania, prosecutors do not have to show that the driver was actually impaired with marijuana at the time of their arrest. This is known as the per se law or rule. Though stringent, Pennsylvania is far from the only state that imposes the per se law in relation to marijuana DUIs. The law makes it illegal for anyone to drive with a drug in their system. There are specified limits for the amount of marijuana a person may have in their body while driving. A driver cannot have over one nanogram per milliliter of marijuana metabolite in their system. If you are caught with over one nanogram per milliliter of marijuana in your body, you will be charged with a marijuana DUI. As soon as you are arrested and charged with a marijuana DUI, it is imperative to contact a Philadelphia marijuana DUI lawyer. A skilled Philadelphia marijuana DUI lawyer can offer invaluable legal advice and provide guidance on what to do next.

Police officers do not have to present evidence that a driver was impaired to arrest them. Instead, all that is required is a reasonable suspicion and the presence of a certain level of marijuana in the bloodstream when the arrest occurred. Since the THC in marijuana binds to fatty cells, it remains in the bloodstream for a longer period of time. Usually, it will stay in the blood after the effect of the drug is gone. During the testing phase for marijuana, the lab work will validate whether there was marijuana at the time of the arrest. The lab results can be incriminating and lead to a marijuana DUI conviction. If you have been arrested for a marijuana DUI, you will need the representation of an experienced Philadelphia marijuana DUI lawyer.

When you obtained your driver’s license, you agreed to the implied consent law. Like many states, Pennsylvania enforces the law. The law specifies that anyone who drives a vehicle in the state has given consent to perform a chemical test if they are suspected of driving under the influence of drugs and/or alcohol. The drug test is normally administered by a police officer, and can be a breath or blood test. However, if the suspicion is for a drug, such as marijuana, the test will be either a urine or blood test. Anyone who refuses to take the test will have their driving privileges suspended. Depending on the circumstances, a suspension can last up to 18 months.
Call Now For A Personalized Consultation (215) 795-5940

If you refuse to perform a chemical test at the time of a stop, you could face serious penalties. A refusal will automatically suspend your driver’s license for up to 18 months. Prior to an arrest, the police officer at the scene should inform you that a refusal will result in the suspension of your driver’s license under the law. The Pennsylvania Department of Transportation provides officers with a form that instructs them to read it to the person they suspect of driving under the influence. As part of the evidence, officers will usually have the driver sign the form after it has been read to them. Now, if an officer does not read or inform the driver about the consequences of refusing a chemical test, the charges can be contested in favor of the driver. This is where a Philadelphia marijuana DUI lawyer comes in handy. An expert Philadelphia marijuana DUI lawyer can successfully fight the charges and get them reduced, dropped, or even dismissed.

Marijuana DUI penalties can be harsh. Even for a first offense, a driver could be looking at jail, fines, community service, and a criminal record. Any subsequent marijuana DUI conviction increases the level of punishment. The following exhibits the penalties that can be incurred under a Marijuana DUI:

As Marijuana DUI attorney, Mr. Rooney also specializes in defending non-Pennsylvania residents who have been charged with DUI, traffic violations and drug crimes in Pennsylvania but live in surrounding states such as New Jersey, New York, Delaware, Maryland, Washington D.C., and Virginia.